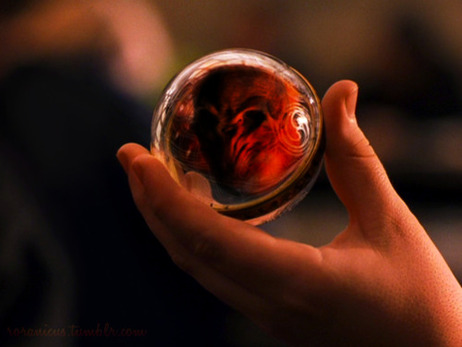 A Remembrall is a tennis ball-sized glass ball that contains smoke that turns red when its owner has forgotten something. It turns clear once whatever was forgotten is remembered.

Neville Longbottom received one as a gift from his Gran at the beginning of the 1991–1992 school year. As soon as he held the Remembrall in his hand for the first time, it turned red, indicating he had forgotten something. The problem was he could never remember what it was that he had forgotten.